Exhibition of one of most popular photographers of the early twentieth century: Gyula Halász (Brassaï). 260 original photographs tell us about its indissoluble bond with Paris.

He became one of the most influential photographers of the 20th century, thanks to his classic and dramatic street photographs taken during the deserted hours of ‘The City of Light’, either at night or during fog, a condition that was rare during that era.

Brassaï became interested in photography as a way to record encounters on his nightly walks through the streets of Paris. He enjoyed these long strolls after dark and began carrying a camera and tripod in 1929. Two years later, he compiled some of these photographs in a book entitled Paris de nuit (Paris by night). It was a stunning collection of black and white images that juxtaposed luminous, dreamlike nightscapes with contemporary documentary images of the nighttime’s denizens. It was a technical marvel as well, for he was one of the first photographers to shoot extensively at night.

“Night does not show things, it suggests them. It disturbs and surprises us with its strangeness.”

These photographs are very different from Cartier-Bresson’s as they are theatrical performances rather than decisive moments. Brassaï’s subjects are not only aware of the photographer, they collaborate with him. Brassaï’s unique style gave Paris de nuit its distinctive intimacy and led to its huge public success. It was a revelation too for his artist friends. Fellow night owl Henry Miller wrote:

“Brassaï is a living eye…his gaze pierces straight to the heart of truths in everything.”

The critic Jean Paulhan put it another way, “this man has more than two eyes.” 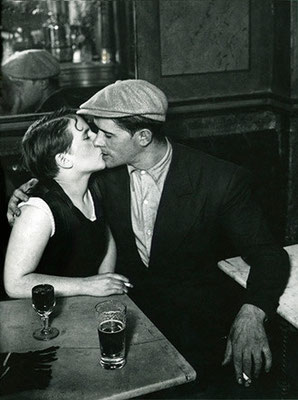 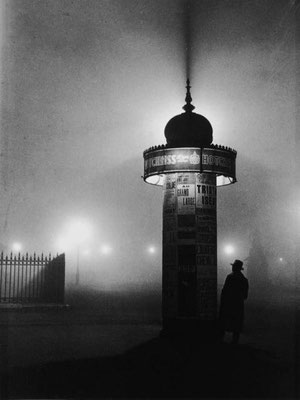